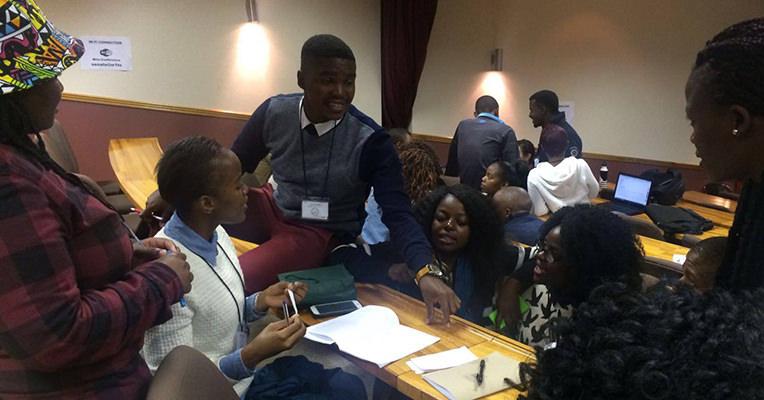 The World Economic Forum has ranked South Africa last out of 144 countries for the quality of maths and science teaching.

A history of enforced inequality

The years of oppression under apartheid had a devastating impact on the quality of education for South Africa’s non-white population with serious repercussions for post-apartheid generations. Roughly 90% of South Africa’s population is non-white, comprising Indians/Asians, Coloureds (mixed race) and Blacks; Blacks make up the vast majority at almost 80%. Along with many other laws, the Bantu Education Act of 1953 differentiated according to these ethnicities, with Blacks discriminated against the most.

During the apartheid years, under this law: in black schools, the school-leaving age was lower than for other groups; pupil: teacher ratios were twice as high as in white schools; and, critically, only 15% of black teachers were trained compared to 96% of teachers in white schools. Furthermore, while the infrastructure of white schools was of Western standards, many black schools had no electricity and no running water.

Today’s black teachers are products of that era, with the consequent knock-on effect on today’s pupils. With that in mind, it is perhaps unsurprising that the World Economic Forum has ranked South Africa last out of 144 countries for the quality of maths and science teaching, and that a 2015 study found that 79% of grade 6 Mathematics teachers demonstrated content knowledge levels below grade 6/7! The consequences are significant, not least a critical shortage of skilled workers resulting in high rates of youth unemployment.

In teaching, it is estimated that 20,000-30,000 new teachers are needed each year to replace those leaving. The actual number entering the profession annually is nearer 15,000 with many of those dropping out within three years.

The Global Teachers Institute (GTI) is an initiative established in 2015 by LEAP Science & Maths Schools (a Maitri partner since 2012). Its mission is to strengthen teacher capacity (both volume and quality) across South Africa.

It was born out of the in-house teacher training programmes of LEAP and a network of nine other schools across South Africa dedicated to offering a quality education to those from socio-economically disadvantaged communities. The GTI has taken the most effective elements from each school’s programme to create a new pre-service teacher education course, the Future Leaders Programme. It will also offer in-service teacher education programmes for existing classroom and head teachers, as well as nurturing cross-border connections with others who want to join the GTI in improving the quality of education around the world.

Currently in South Africa many teachers are trained via distance learning university courses, with no classroom practice. Many trainees drop out due to lack of adequate support and training. The GTI’s Future Leaders Programme will provide wrap-around support, including full immersion in a school that has a culture of teacher development, practical training, mentoring and specialised tuition. The aim is to ensure higher graduation rates and, critically, a new, well-equipped, socially conscious cohort of teachers who will embrace the profession longer term and ultimately effect significantly better student outcomes.